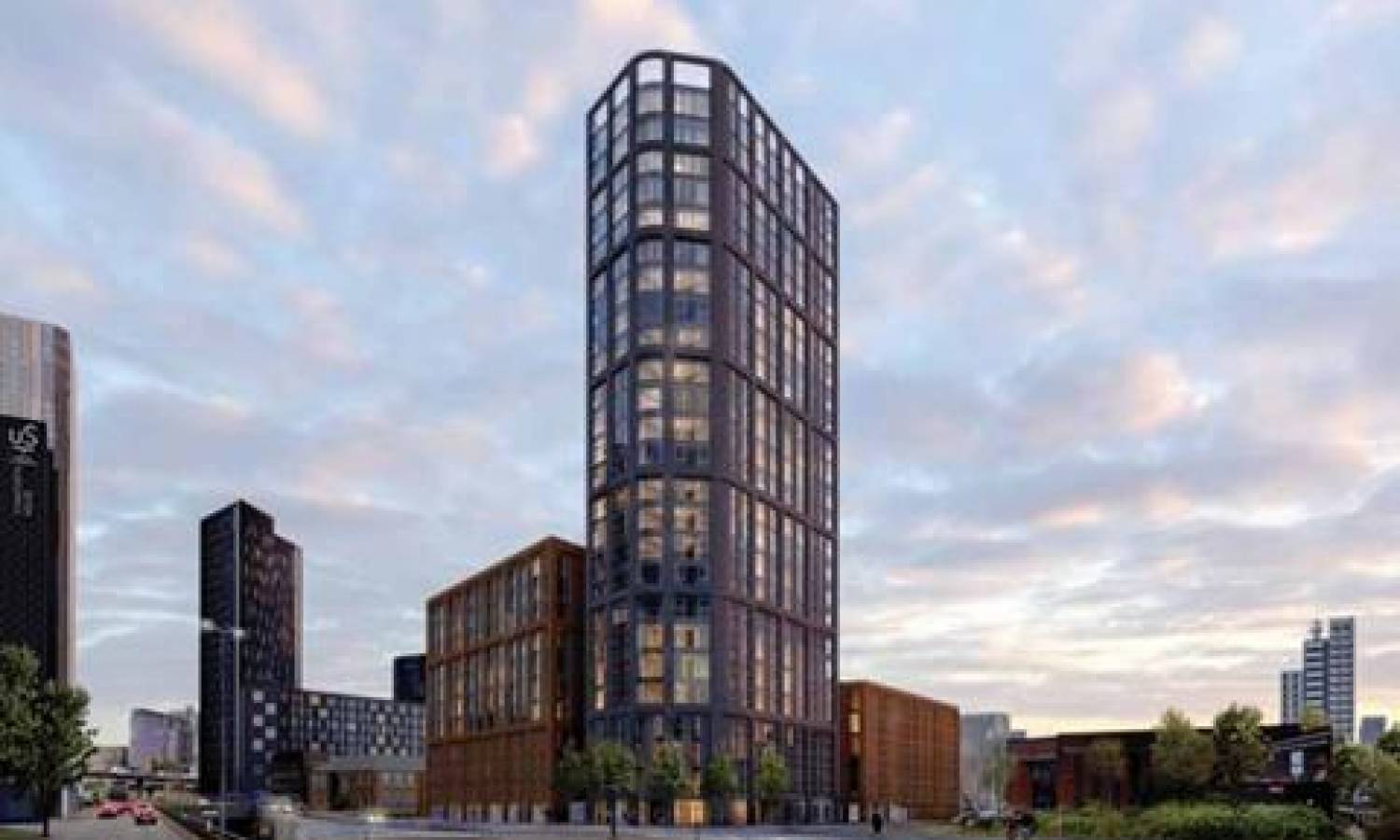 Another Glancy Nicholls Birmingham tower in for planning

Architect behind string of tall towers in city

Glancy Nicholls’ reputation as the go-to tower architect in Birmingham has been underlined after a 25-storey tower by the local firm went in for planning earlier this month.

The practice is behind a 37-storey super thin tower at 211 Broad Street in the city as well as a 61-storey tower at 100 Broad Street – which will be Birmingham’s tallest when completed.

The latest scheme (pictured) is set for Princip Street in the city’s Gun Quarter and will include a total of 337 flats for sale across three buildings.

The Gun Quarter development will also include a six and 11-storey building and include 175 cycle spaces, lounges, games areas, workspaces, courtyards and a gym.

Work will involve demolishing a number of existing buildings including a warehouse, along with industrial and residential buildings.

Construction is expected to start later this year, with work due to finish in 2023.

Birmingham-based Load Estates is behind the scheme, Court Collaboration is the development manager with Turley the planning consultant.

A public consultation on the plans is due to end on 19 March.

Others working on the scheme include services consultant Couch Perry Wilkes and structural consultant Design 2 E.