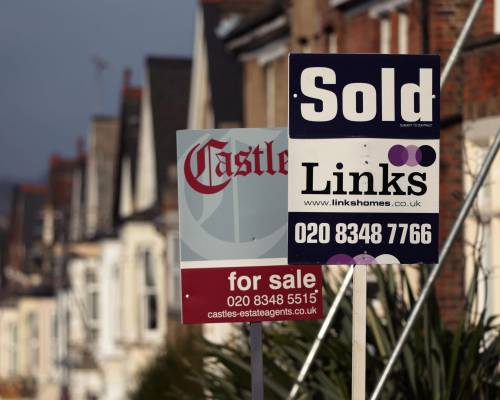 In April real estate London market experienced its largest monthly downfall in a decade, due to the end of the mini-boom after the first covid lockdown.

Over a month average London home price decreased a little over 2% reaching £491,687 which is an approximately £10k loss in its value.

The annual increase index has fallen from 5.7% in November to just 3.3% now, which is the lowest index of any other UK region. This shows that London property prices have hardly changed since July 2017, when they reached their high of £488,527 following the financial crisis. Nevertheless, they still exceed average prices for the country as a whole around two times.

The lag observed in London house prices rise compared to the rest of the country is partly due to buyers' rush to swap urban apartments for country houses with their extra outdoor and indoor space to create a remote workplace there. Even further stagnation is expected to happen because of the duty stamp holiday end in June and 3 million workers coming off the furlough scheme in autumn.

Jonathan Hopper from Garrington Property Finders said: “The pace of price growth is starting to ease off as buyers become realistic rather than romantic in what they’re willing to pay.”

“Coupled with a gentle improvement in supply as more sellers put their home on the market, this reality check has blown some of the froth off the market.

“Given that annual price rises had hit double-figures in the most in-demand coastal and rural locations, this slight cooling in price inflation is welcome.

“There is still huge momentum and optimism in the market and estate agents are digging in for a very busy summer, but the gravity-defying price rises are starting to ease.”

However, Lucy Pendleton from London Estate Agent James Pendleton said: “London remains at the back of the pack but started from a higher base and could yet surprise with relatively strong growth as people start returning to the capital in greater numbers. She added: “London is likely to be more immune from any slowdown in growth later this year, as it hasn’t been performing the same kinds of heroics seen in other regions.”