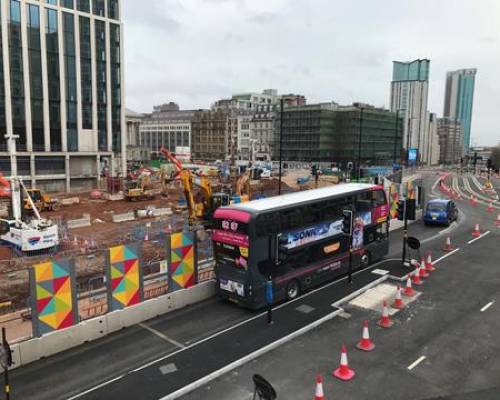 A residential tower being planned for the Paradise redevelopment in the middle of Birmingham will be close to 40 storeys.

The tower has been drawn up by local practice Glenn Howells Architects with proposals for the build-to-rent scheme set to go before city planners by the year end. It has been earmarked for a plot at the north of the site.

Paradise had originally been conceived as a commercial and retail scheme but Rob Groves, regional director with Paradise developer Argent, said: “This proposed change to the Paradise masterplan will enable the development to become truly mixed-use.

“The demand for very high-quality residential buildings alongside places where people work and spend their leisure time is critical to the long-term success and sustainability of major cities like Birmingham.”

The first two office blocks at the city centre site have been built by Bam with financial services giant PwC currently moving 2,000 staff into One Chamberlain Square.

← Projects: One Bishopsgate Plaza, LondonHow to proceed with international property deals during Covid and lockdown? →