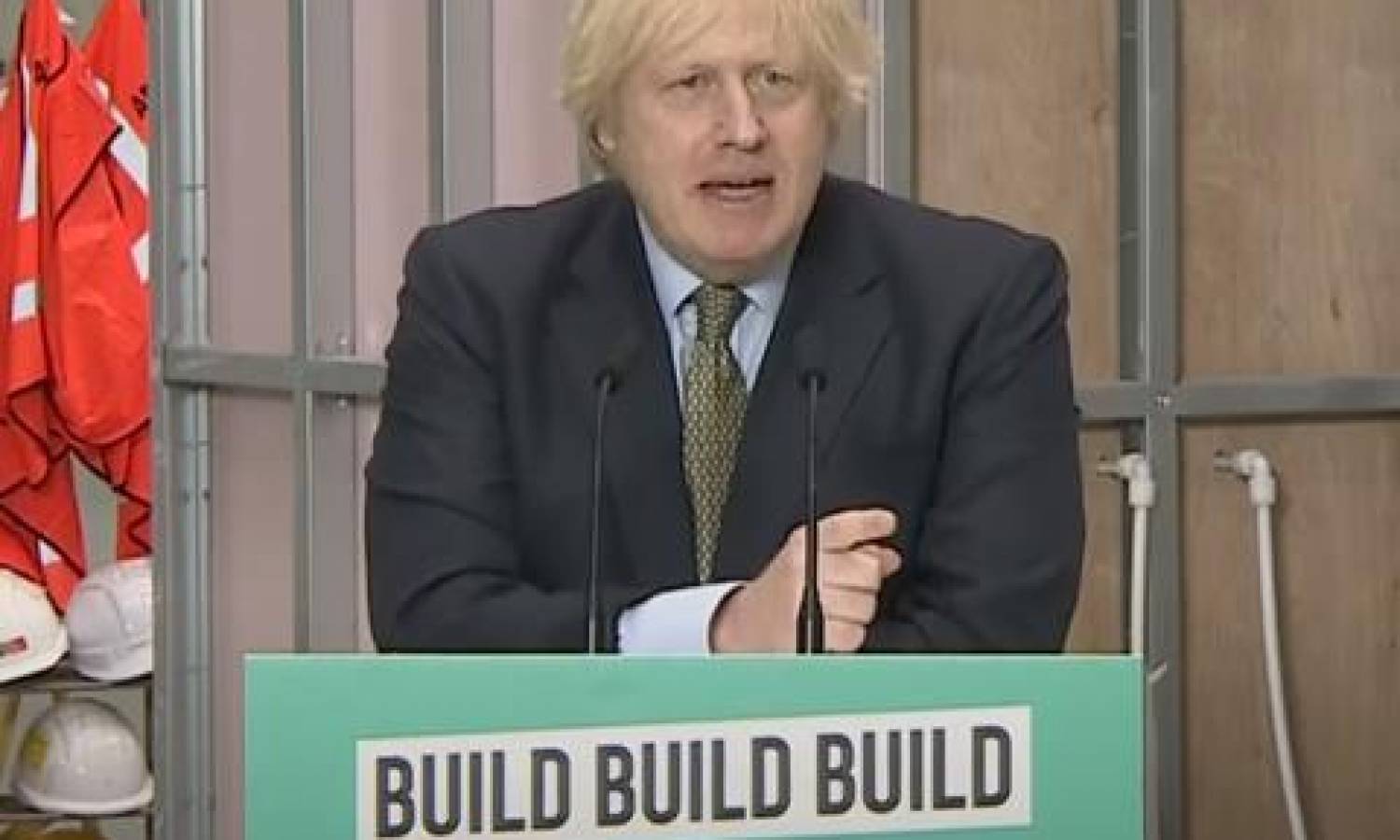 The industry has broadly welcomed what Boris Johnson says will be the UK’s version of Franklin Roosevelt’s New Deal for the US in the 1930s, promising £5bn to accelerate infrastructure projects across the country.

The prime minister is putting construction at the heart of a plan to get the economy moving again after the havoc caused by the covid-19 pandemic.

The UK is now widely considered to be in recession with GDP for April alone collapsing by 20.4%.

On Tuesday, the Office for National Statistics said the hit to the economy in the first quarter of this year was worse than thought, revising its contraction up from 2% to 2.2% – the joint largest fall since 1979.

As the industry reels from swingeing job losses, Johnson said the government was bringing forward £5bn of planned spending to get the economy going again.

Johnson said: “We must work fast, because we’ve already seen the vertiginous drop in GDP, and we know that people are worried about their jobs and their businesses.”

Among the promised schemes under his so-called ‘build back better’ strategy is a £1.5bn initiative for hospital maintenance work, £100m for 29 road projects, £142m to upgrade courts and £900m for local shovel ready schemes this year and next.

Scape Group chief executive Mark Robinson welcomed the decision to speed up investment, adding it was “urgently needed to reintroduce confidence to the sector, accelerate our path to recovery and protect jobs across the UK”.

Leo Quinn, the chief executive of the country’s biggest builder, Balfour Beatty, added: “It will generate vast employment opportunities. Without this, we could see widespread structural unemployment issues.”

But he said construction had to start embracing long-heralded change: “Our industry must prioritise sustainable, digital and innovative solutions in our delivery.”

Planning rules are also set to change to make it easier to build more homes.

The new rules will come into force in September with the proposals unveiled next month.

Existing commercial properties, including newly vacant shops, can be converted into residential housing more easily, with the changes allowing a wider range of commercial buildings to change to residential use without the need for a planning application.

Developers will no longer need a normal planning application to demolish and rebuild vacant and redundant residential and commercial buildings if they are rebuilt as homes.

Marc Vlessing, chief executive of housebuilder Pocket Living, said the reforms were an opportunity to tackle the housing crisis:

“Our planning system is slow and complex and we are too reliant on larger housebuilders, which has meant we have not delivered the homes the country needs for decades.”

But Jacqueline Hughes, a senior risk analyst at infrastructure consultant Equib, warned: “Speeding up the delivery of infrastructure projects must not lead to corners being cut. There are several potential issues here – for example, if procurement procedures are circumvented or abbreviated in some way, this could mean taxpayers don’t get value for money.”

And Jon Hart, infrastructure partner at law firm Pinsent Masons Jon Hart, added other reforms were needed to get jobs up and running more easily. “The government needs to remove uncertainty around approaches to procurement, particularly for schools and hospitals,” he added.