New homes at The OWO Residences by Raffles enter the market 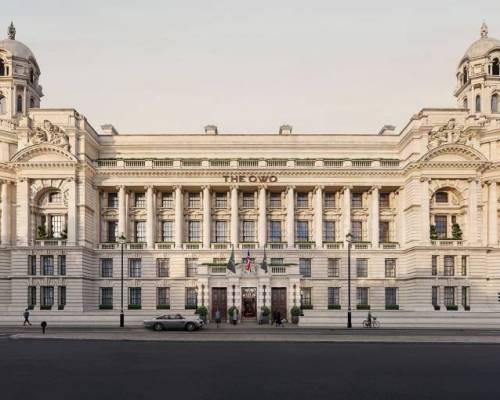 New residences at The OWO (the former old war office) in Whitehall has entered the market in June.

June marked an essential moment in London's history as The OWO Residences by Raffles entered the market. Closed to the public for over a century, the Grade II listed former Old War Office building offers 85 brand new homes. This massive and thorough transformation is expected to finish in 2022 and will also provide London's first 125-rooms Raffles hotel, numerous bars and restaurants, and a dazzling spa.

This London Zone 1 building has a deep heritage behind it and is a phenomenon indeed. It is located in one of the capital's most historically significant and influential addresses and served as home to various monarchs. Moreover, Winston Churchill, David Lloyd George and other powerful political and military leaders held office here. So, it witnessed pivotal events in the world's history. The place also inspired the writing of the infamous James Bond series by Ian Fleming and served as a dramatic filming location in Bond films.

The legendary place was built as a symbol of empirical British power and gathered global respect. The majestic building has residences with high ceilings (up to 4.4m) that are finely designed in line with adapted for contemporary living classic Edwardian architecture. There are also original historical features as mosaic flooring or oak panels. The uncompromising careful design in each residence means years of craftsmanship applied to the impeccable OWO Residences by Raffles.

All of the residences are unique and fit their locations in the building just right. There are duplex, lateral and penthouse apartments of various spaces ranging from studios to 5-bedroom residences. There are also 2 turret residences overlooking the London skyline that offer a new home like no other. Residents will benefit from all the features of a world-famous hotel on their doorstep with uncompromising levels of privacy and seclusion within their homes. The perfect balance in this development has been achieved due to the finest original architecture of the building perfectly implemented into a mixed-use development of unprecedented calibre. 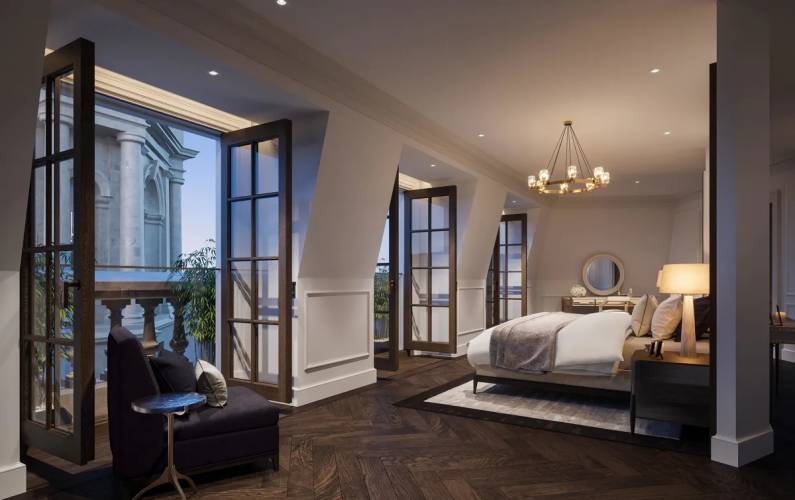 The head of The OWO development is the Hinduja Group. It was founded in 1914 and is a world-famous international business with a multi-billion turnover. The group passionately committed to The OWO project and cooperated with top experts from the Museum of London Archaeology, Historic England, EPR Architects, and NYC-based designer Thierry Despont.

There is a partnership between The Hinduja Group and world-famous Raffles Hotels & Resorts. Raffles will be running 85 branded residences and the flagship hotel at The OWO with 125 rooms and suites. The service provided reflects the honoured Raffles brand. The pleasant and intuitive staff, unique approach and enthralling ambience will be warmly welcomed by the residents and set a new benchmark in London.

Gopichand P Hinduja of the Hinduja Group thinks of The OWO as a significant milestone for them. With their expertise in the restoration of historic buildings, The OWO development is underscored by the group's passion, appreciation and respect for the heritage of London and long-lasting commitment to the city.

Sébastien Bazin of Accor says that they feel honoured to work alongside the Hinduja Group and thinks of The OWO as a masterpiece. The natural splendour of the site fits the Raffles brand perfectly. And it provided an excellent opportunity to deliver the first Raffles branded residences in Europe. The brand has British roots, so it just fits that Raffles is «coming home to the UK.»

The OWO Residences are well-located in the City of Westminster near St. James’s Park, Buckingham Palace, The National Gallery, The Tate, and The Royal Academy. The trendy shopping streets of Regents Street, Bond Street, and Jermyn Street are within the walking distance as well. There are media tours of the new Marketing Gallery Suite available on request.