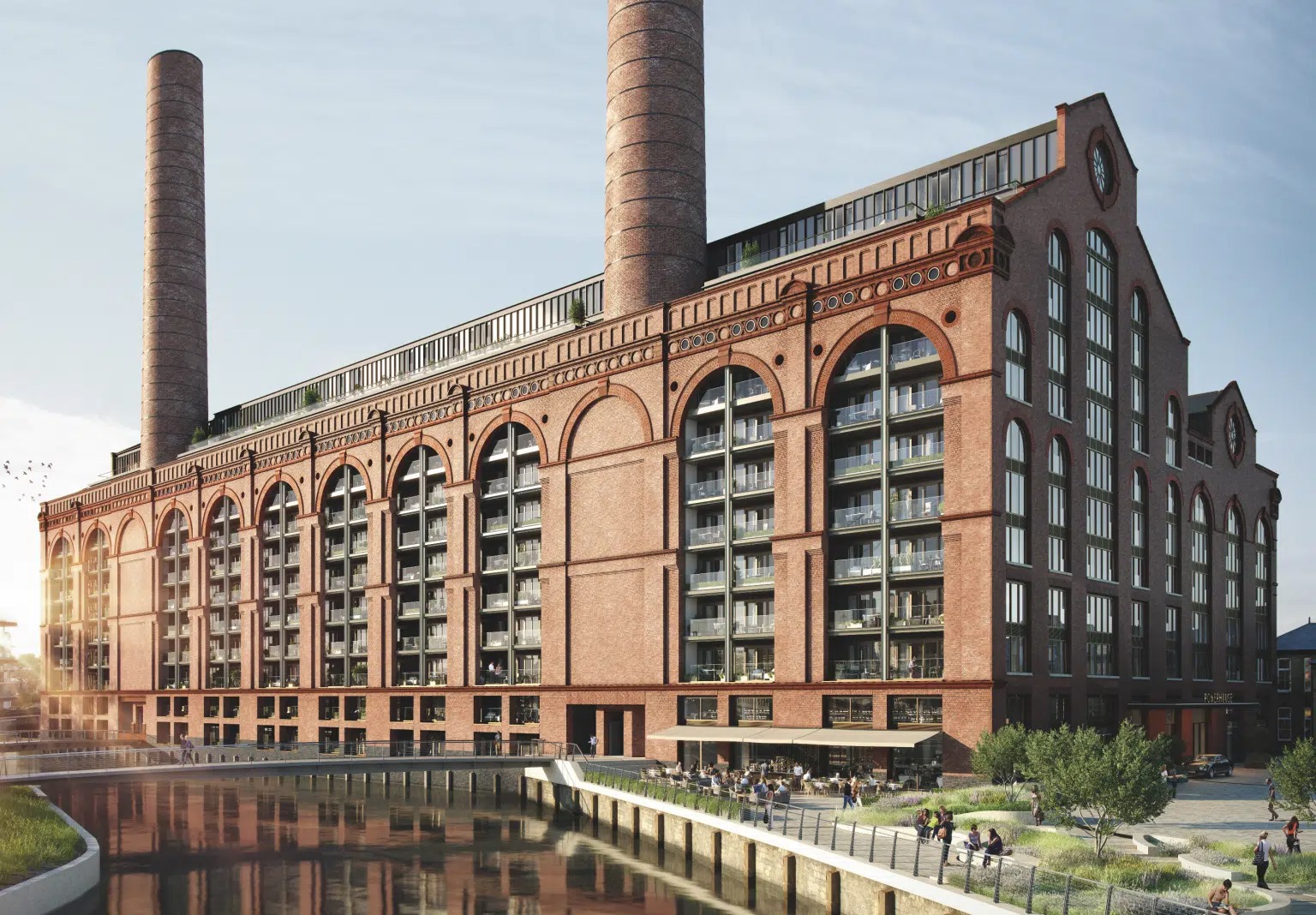 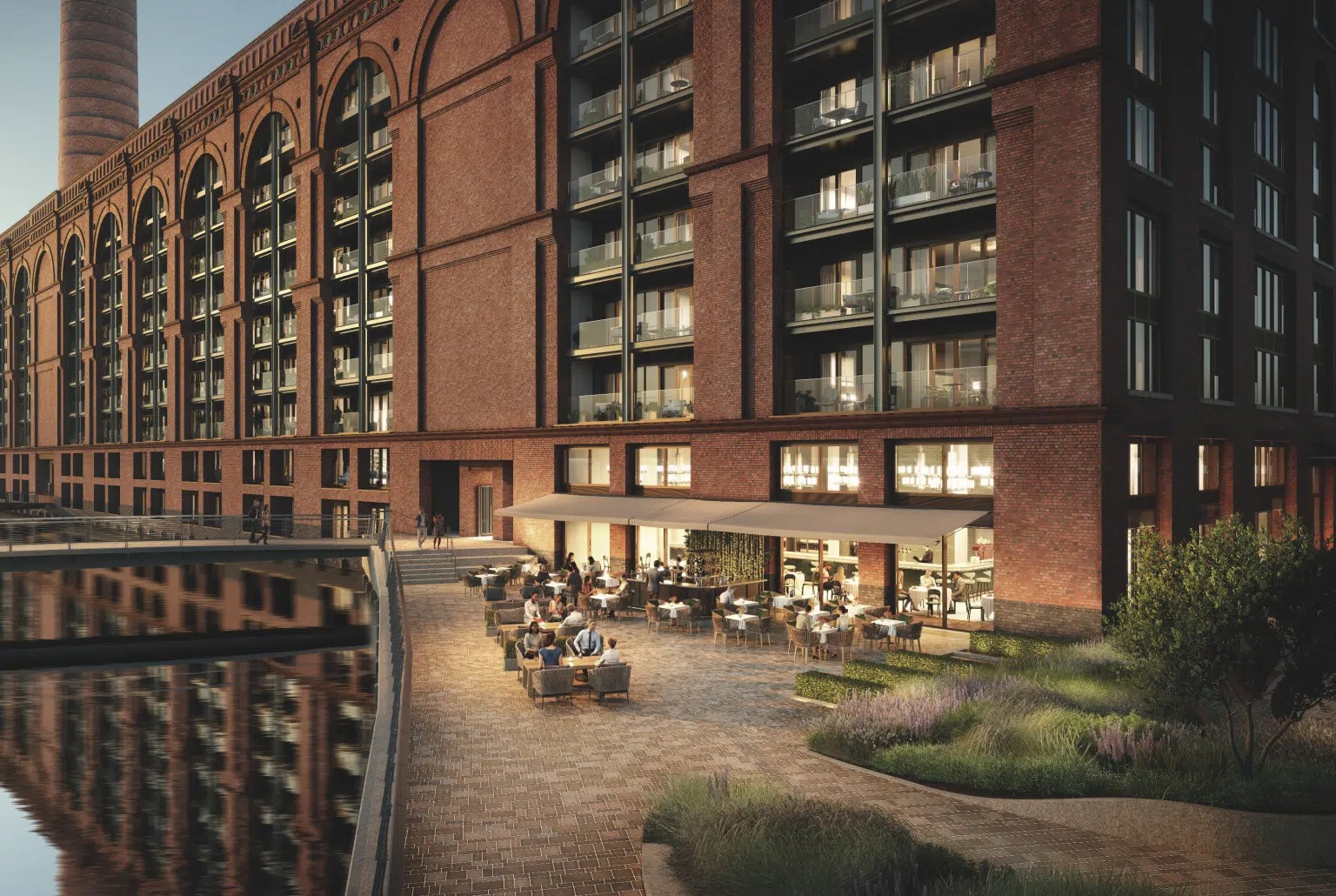 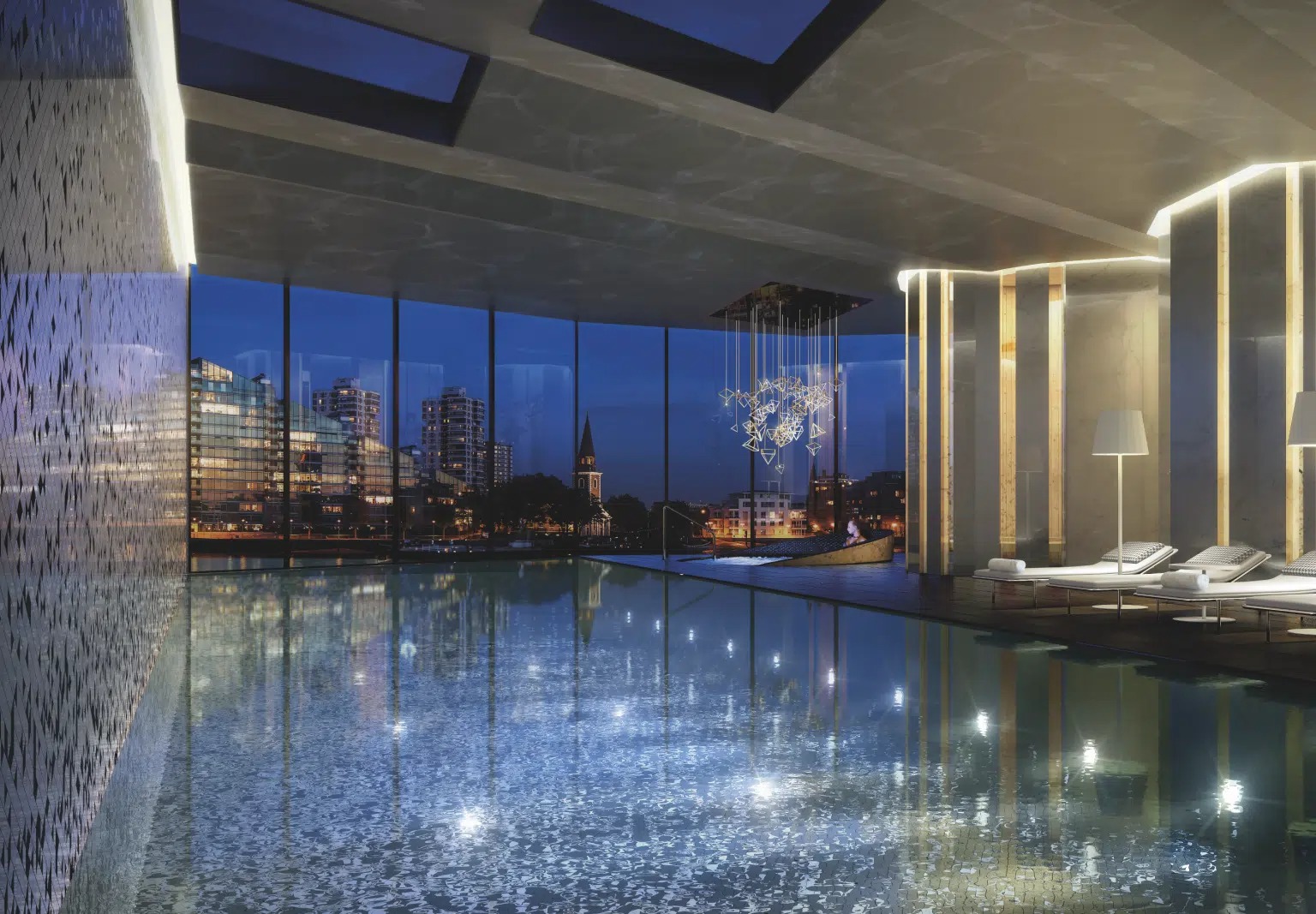 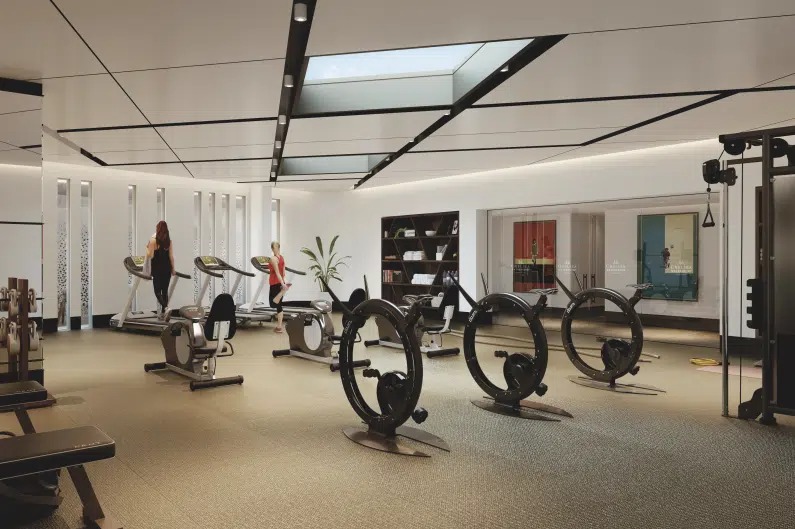 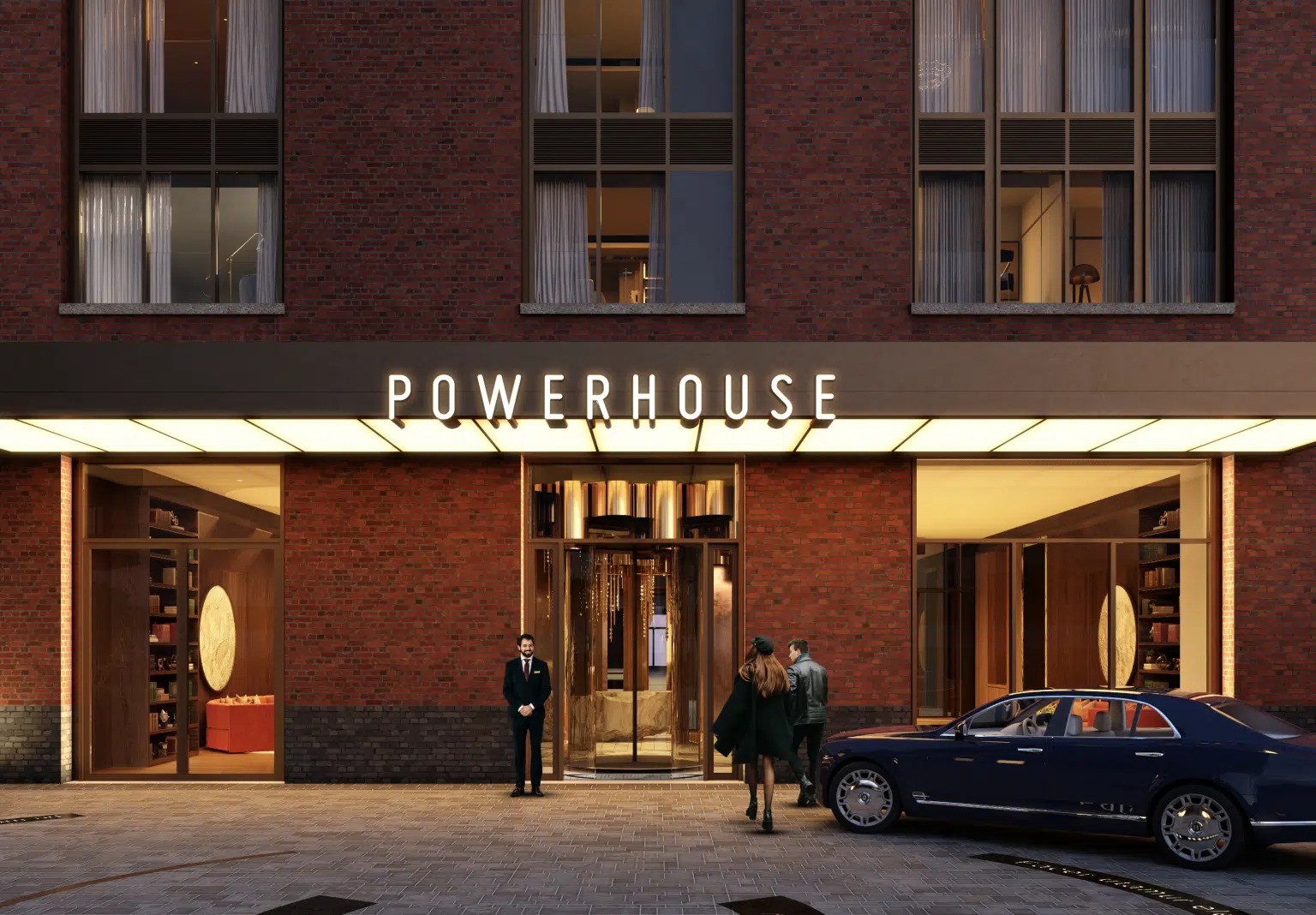 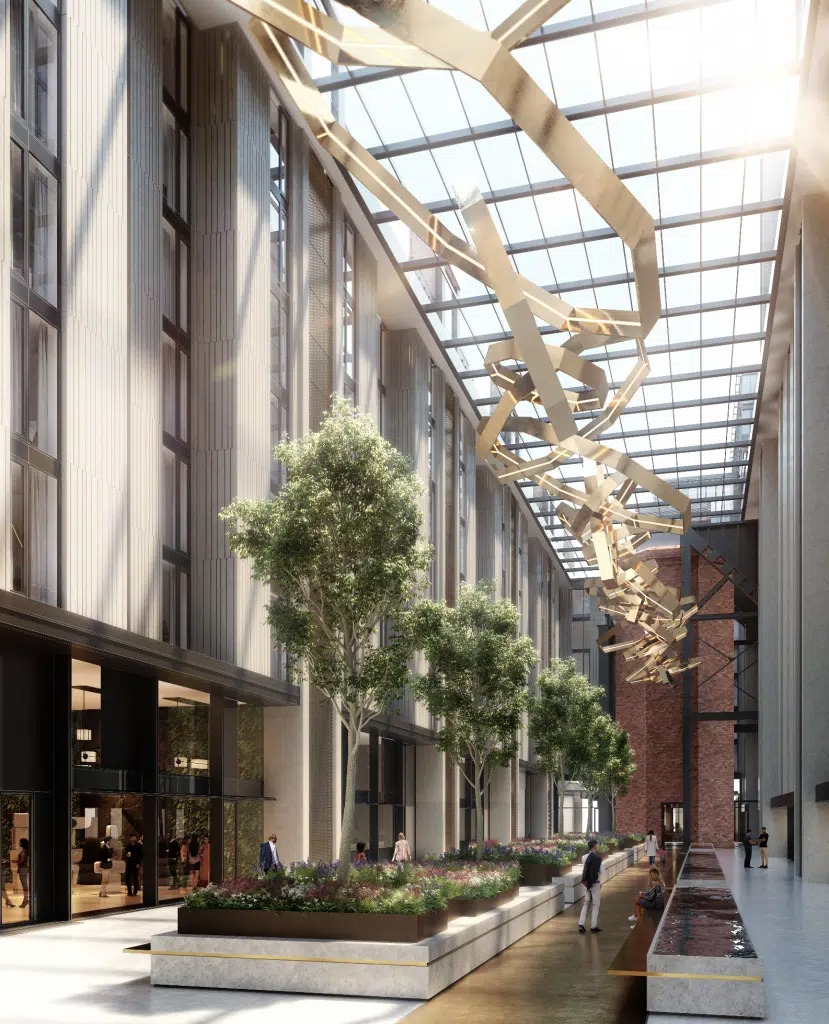 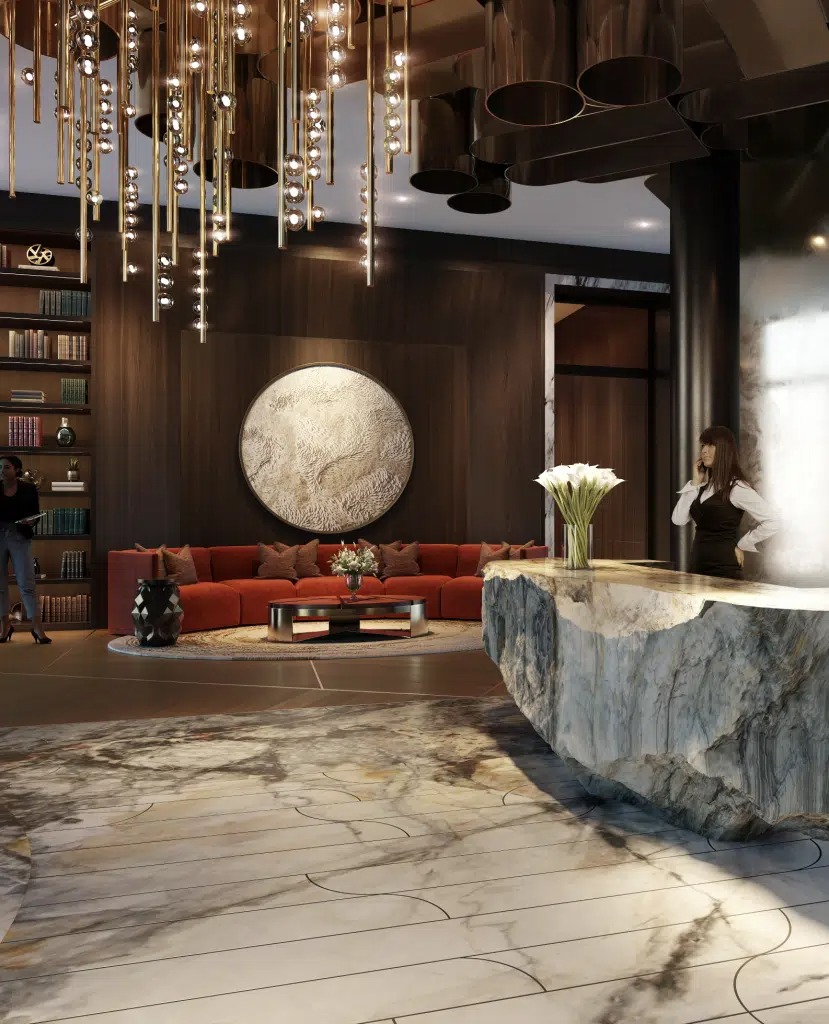 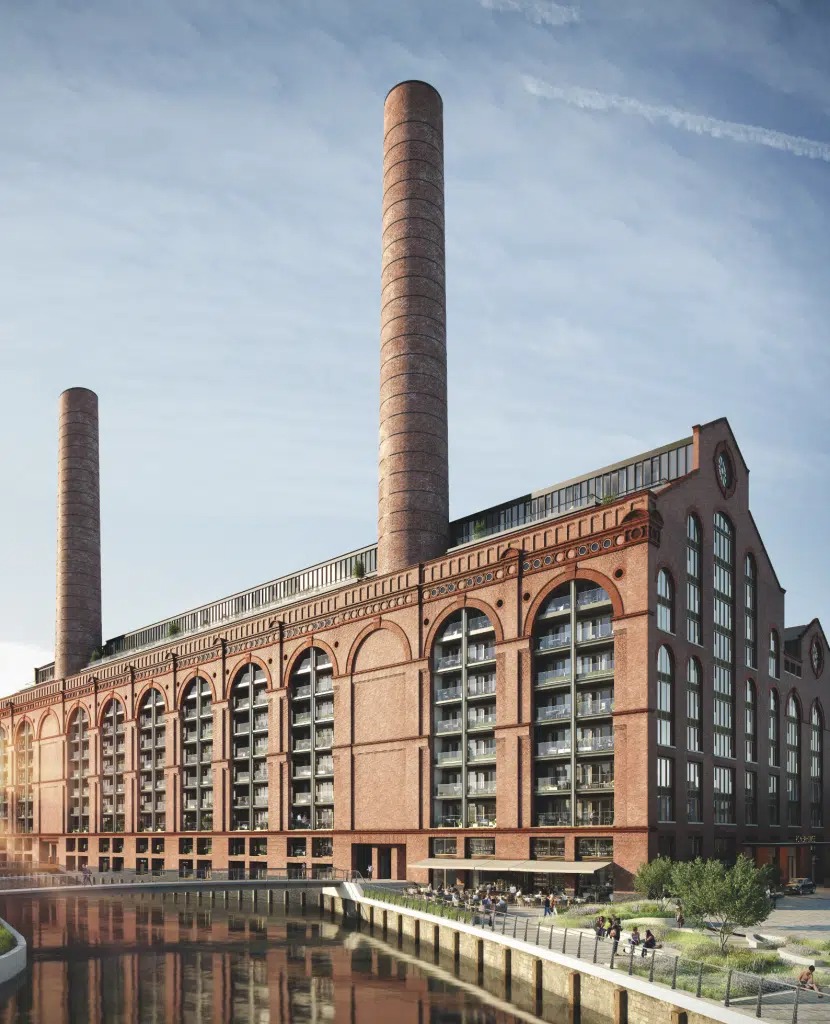 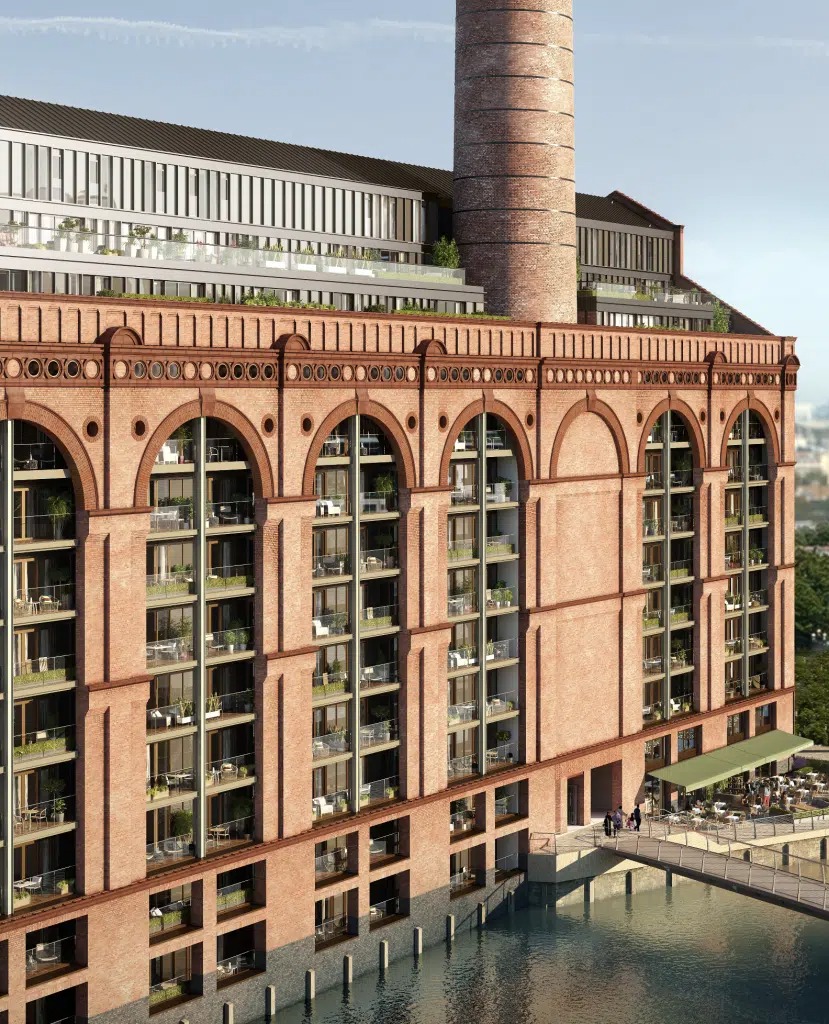 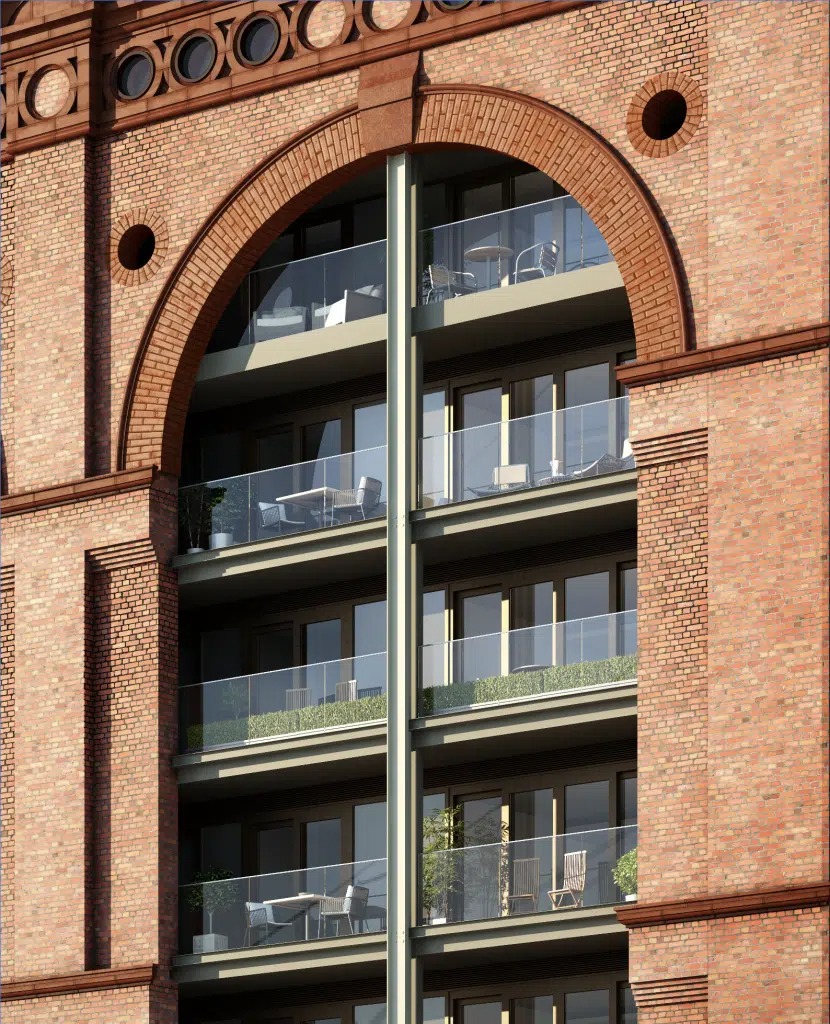 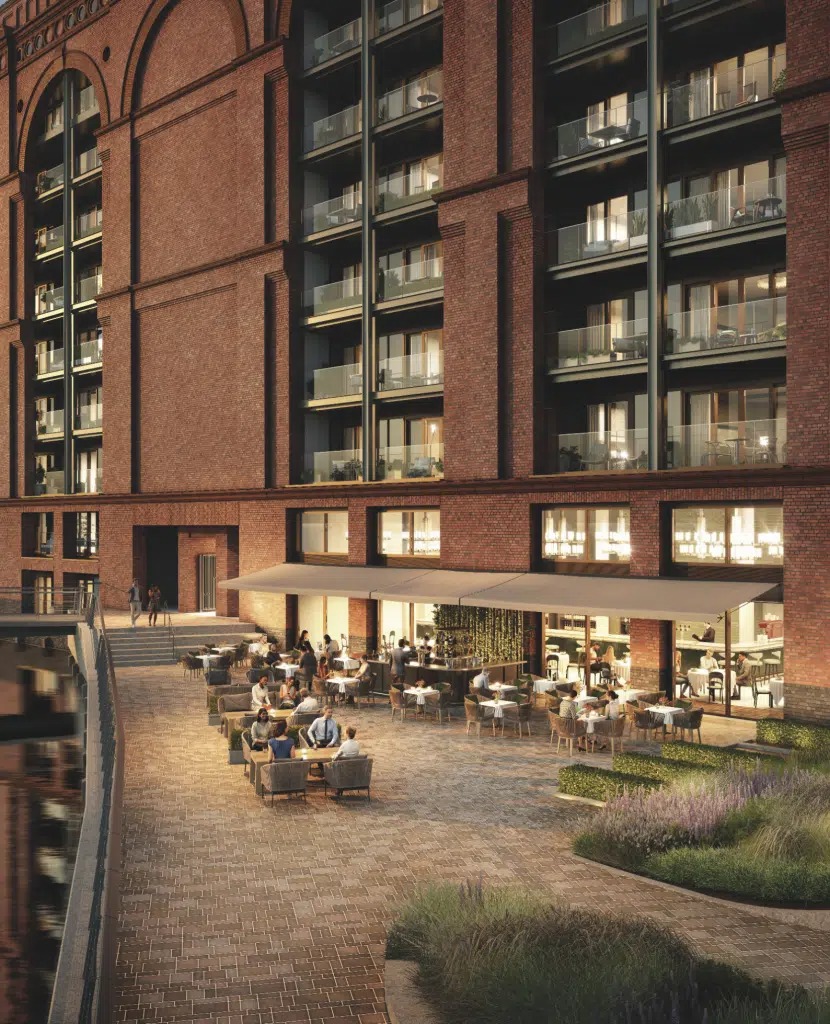 Properties in this development on 27 January 2023

Interiors at Powerhouse play an equally important role in preserving the building’s history and architecture. Every apartment has been designed to create spacious and elegant interiors with views across the River Thames.

In the apartments at Powerhouse craftsmanship is everywhere – from the cabinet work in the kitchens to the high quality bathroom finishes. Kitchens feature top of the range fully-integrated appliances and bespoke cabinetry.

“I was honoured to have been involved with the design of such an iconic building. We were very conscious of incorporating into the design existing architectural and historical features and references, and combining these to give a feel of luxury through materiality and integrity of design.”

Where quality is unconditional: from handmade tiles to bespoke vanity units, with lighting to enhance the tones, and colours to suit the mood. 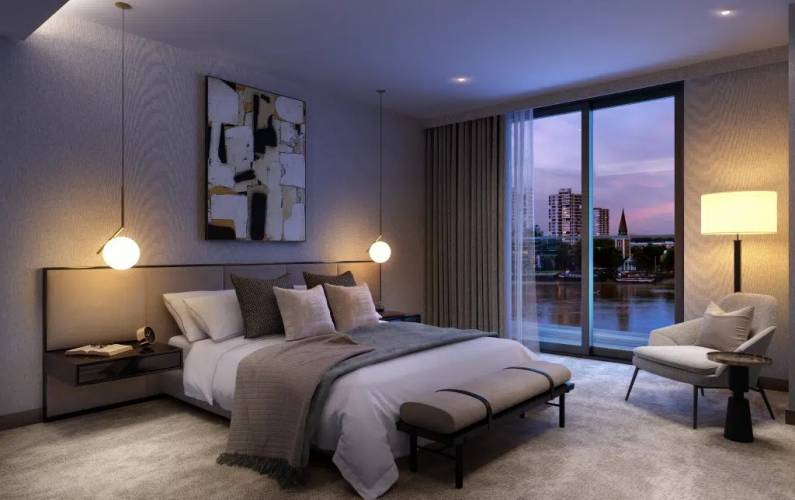 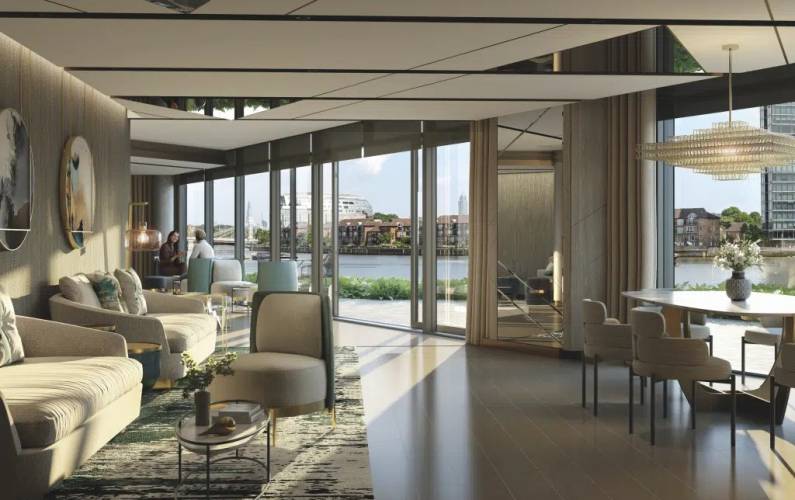 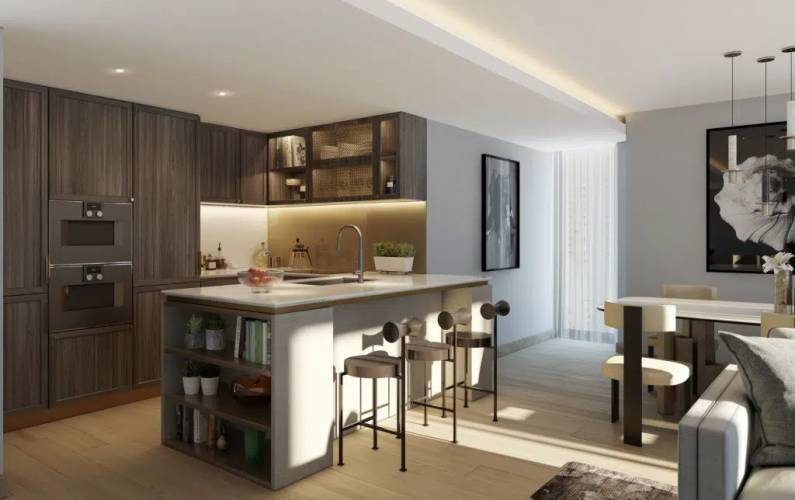 Chelsea offers open spaces and green parks on the doorstep for play, exercise, or to explore.

Chelsea is a place to enjoy the very best that London has to offer, in shopping, dining and culture. Around its meandering side streets and picturesque squares are a plethora of influential boutiques, luxury concept stores and pop-ups spotlighting up-and-coming designers, highly rated by those in the know.

Home to no fewer than seven Michelin-starred restaurants, Chelsea is a gastronomic hotspot that brings together everything from Parisian style bars and tucked-away terraces to innovative Bahraini flavours and exhilarating Chinese food.

If you’re in the mood to visit an art gallery or museum, see a ground-breaking play, listen to music or explore beautiful gardens, Chelsea has it all. 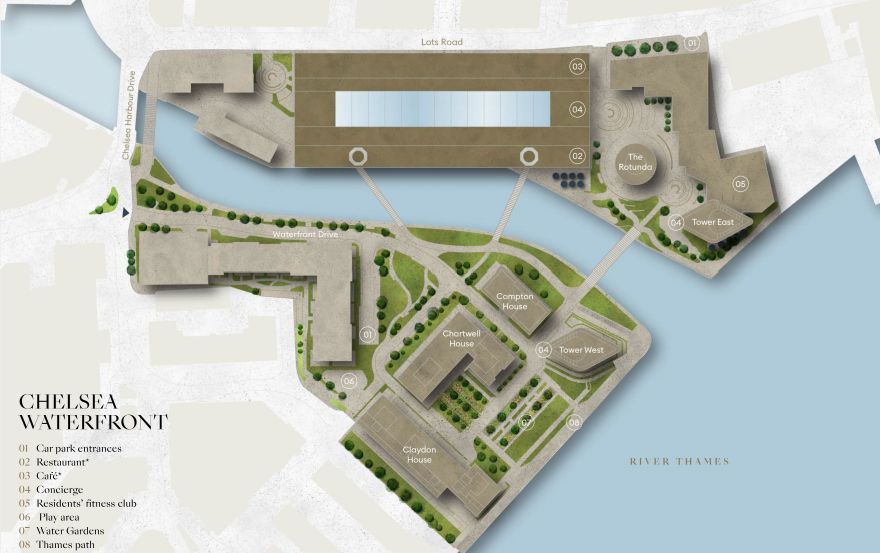 A new living experience, created within the historic walls of one of the capital’s last great industrial icons, tells a story 100 years in the making. Welcome to the Powerhouse, an exceptionally rare collection of 260 apartments embraced by history and glittering with future potential.

Designed by American engineer James Russell Chapman, Lots Road Power Station was a 20th-century architectural star. Its two halls were clad in rich red brick and framed by four towering chimneys – the tallest in Europe when built, soaring 275 feet over the river Thames below.

The building’s brick elevations were punctured by vast, elegant arched windows, allowing natural light to penetrate into the cavernous depths of the huge structure. A band of raised circles ran along the building, just under the roof line – a final architectural flourish, on what is now celebrated as a proto-modernist masterpiece.

Often described as the “design grandfather” of Battersea Power Station, Lots Road Power Station was one of the first steel-frame buildings in the British Isles, wrought from nearly 6,000 tonnes of steel. The station consumed a staggering 700 tonnes of coal each day, ferried by river barges.

For almost a century, Lots Road Power Station generated electricity to power London’s Underground network, keeping the capital moving even during the Blitz of the Second World War. It provided the essential fuel for the city to grow into the thriving metropolis it is today, fanning new networks of connections between people and places.

London Transport posters attest to the extraordinary role Lots Road Power Station has played in energising and uplifting the capital. One describes the station as “the moving spirit of London”, while another likens its formidable switchboard – which controlled 450,000 units of current each day – to “the modern Jupiter, hurling his lightning”.

One of the most historic and iconic London landmarks, and the last of the city’s three power stations to be redeveloped, Lots Road Power Station was born of a noble purpose to power the movement of a growing population. An extraordinary place, once alive with industry and buzzing with invention, now stirs back into life, realising its destiny as an even more extraordinary place to live – an exclusive residential address with a proud historic past.

On the riverfront, in one of the most refined corners of London, a twin-turreted power station that once powered the Underground is re-energised and reimagined to offer a 21st century living experience like no other.

A Chelsea original, located in an intimate enclave at the heart of London’s most distinguished and elegant Royal Borough, takes on a revolutionary new form, marking the biggest change for the borough in living memory. A story that began more than 100 years ago reaches its natural conclusion.

Powerhouse is part of Chelsea Waterfront, a well-established exclusive development featuring two glass residential towers of 37 and 25 storeys, and three riverside buildings arranged around beautiful landscaped gardens. The buildings are all connected by contemporary bridges that span the creek, bringing residents and visitors into the heart of the residences. Powerhouse is the latest addition to this world-class development with its extraordinary vista of the Thames.

The 20-metre swimming pool is as peaceful and serene a destination as you can find. Columns of light reflect in the water, casting an ethereal glow around the monochrome loungers, jacuzzi and shimmering, geometric tiling. The sauna and steam room provide a sanctuary for relaxation and total escapism.

The riverfront restaurant caters for the highest needs and demands, providing ample opportunity for al fresco dining and socialising by the water. 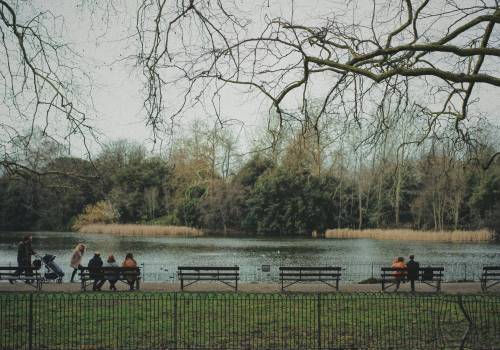 The amenities on site include a waterside restaurant, café and shops, a five-star 24-hour concierge service, a wellness centre with pool and spa, a Residents' Club Lounge and secure underground parking. 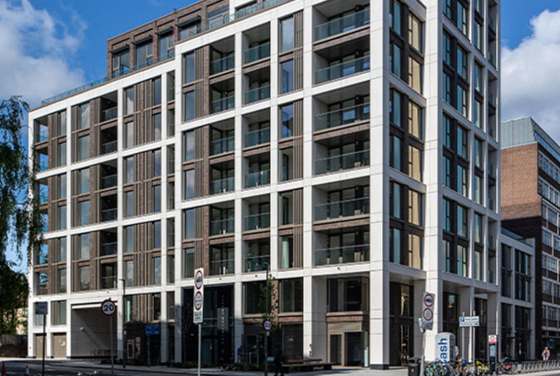 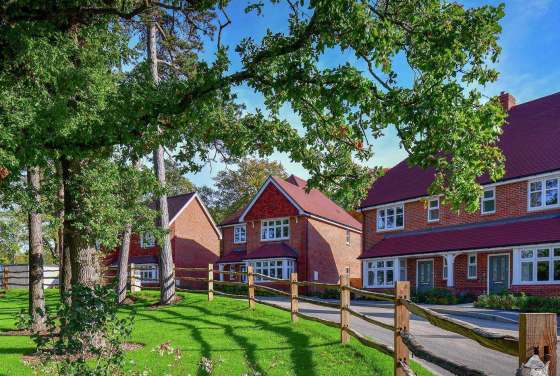 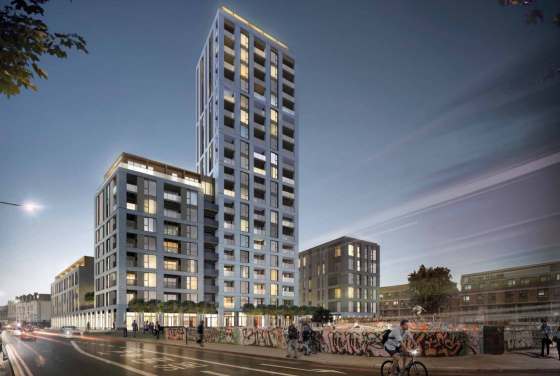 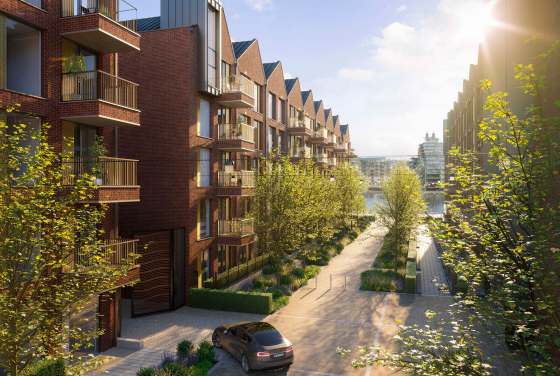 Chelsea, South-West London. New build homes to buy near you