3-bedroom flats and houses for sale in Wimbledon 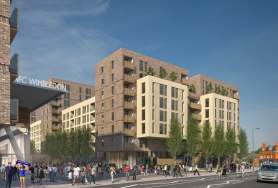 Part of an all-new residential scheme comprising more than 600 apartments encircling a purpose-built stadium for AFC Wimbledon, Galliard Homes is proud to present Stadia Three: a sensational collection of 114 one, two and three bedroom apartments … 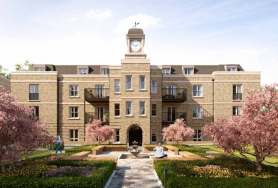 About The MansionsA brand new collection of 1, 2, 3 & 4 bedroom apartments set in one of South-West London's most sought after locations. The Mansions are set within beautiful landscaped gardens, close to Wimbledon Village and offering excellent … 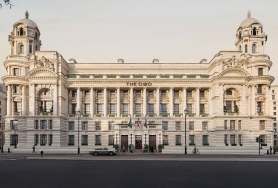 The OWO Residences by Raffles

Offering a rare opportunity to purchase a piece of Winston Churchill’s legacy, 85 homes are available in the impressive Grade II* listed former Old War Office building, which has been closed to the public for over a century. The OWO is a … 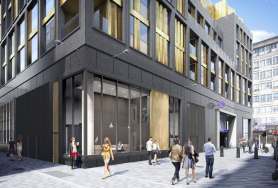 Galliard Homes is delighted to introduce TCRW Soho, a magnificent new scheme in Soho that is set to redefine luxury living in Central London. Located in the heart of London's sought-after West End district, TCRW Soho will be made up of two main … 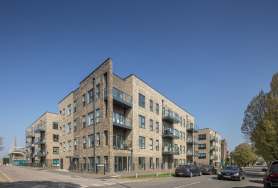 About this development Surrounded by an expanse of green spaces, picturesque villages and stylish amenities, South Oxhey Central is a brand new development bringing over 500 new homes to the area. Comprising a collection of one and two bedroom … 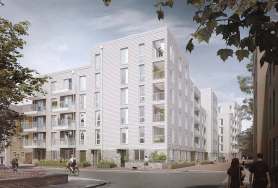 Replacing an electrical substation building, this scheme achieved planning approval from the London Borough of Tower Hamlets Planning Committee in October 2017. The scheme will deliver much needed one, two and three bedroomed shared ownership …

All 3-bedroom flats for sale in Wimbledon in London

If you are looking for a three bed flat to buy in Wimbledon in London, there are 2 new build homes in our catalogue.

The cost of three bedroom apartment in a new building in Wimbledon in London starts from £335 000.
The maximum price for apartments in a new development does not exceed £1 185 000.