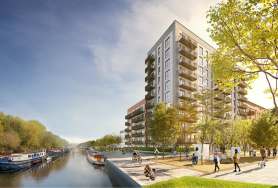 Set next to the iconic Grand Union Canal and surrounded by 9 acres of green space, Hayes Village is an exciting new community forming in west London.Once home to the former Nestle Factory, we're building over 1,500 homes as part of an area undergoing… 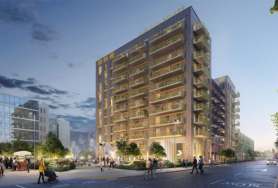 One Vinyl Square is a key component of the regeneration of the £250 million masterplan of the Old Vinyl Factory in Hayes, the former headquarters of EMI Records. Our Building faces onto Vinyl Square, the centrepiece of the development and will … 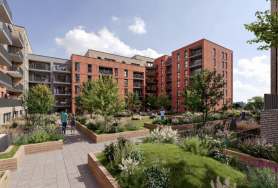 A well-connected place to call home Located at the heart of this vibrant and up-and-coming area of West London, NewHayes is an exciting new development. With a brand new selection of modern, well-designed studio, 1, 2 and 3 bedroom apartments, … 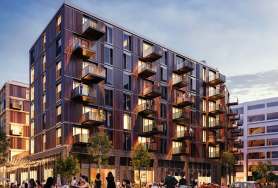 The Venue at Hayes is an exciting development of 181 one, two and three bedroom apartments. These luxurious new homes feature contemporary, open-plan living areas, superb bespoke designer kitchens and luxurious bathrooms, all finished to the highest…

Request a Callback
Sold out 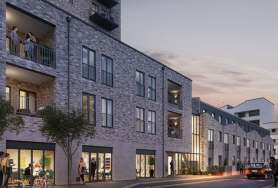 A development of new homes in Hayes a five-minute walk from local shops and restaurants. The nearest train station is a short walk away with Elizabeth line (Crossrail) services scheduled to stop there from December 2019. These apartments will appeal …

Request a Callback
Sold out 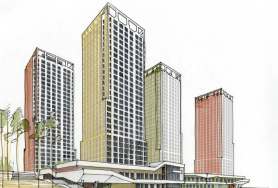 All new homes in Hayes in London

If you are looking for a new development to buy in Hayes in London, there are 6 new build homes in our catalogue.

In short, new build homes for sale in Hayes, West London, are in high demand because of several distinctive features they offer.

Living in West London is attracting local and international buyers to purchase new homes in the capital, and it is justified. The iconic spirit of the West End, often affordable prices, and community spirits are some of the core selling points why people chose West London over other popular London areas.

Hayes (Zone 5) is a town in West London, now part of the London Borough of Hillingdon. It has been named one of the best places to buy a new home this year by the Evening Standard. Its core features are affordable new builds, community spirit, and family appeal. Enjoying multi-million investment over the past few years, Hayes has transformed from a somewhat unremarkable town to a hidden London gem.

Hayes Village and New Hayes are the two most sought-after new builds in Hayes, with a wide range of new homes for homebuyers in London. Some of the new apartments are ready to move, while the rest is available off-plan and is set for completion in early 2023.

The completion date for the construction varies from 2022 to 2025, you can buy a flat which will be put into operation in 2022.

Help to buy properties in Hayes
Shared ownership in Hayes